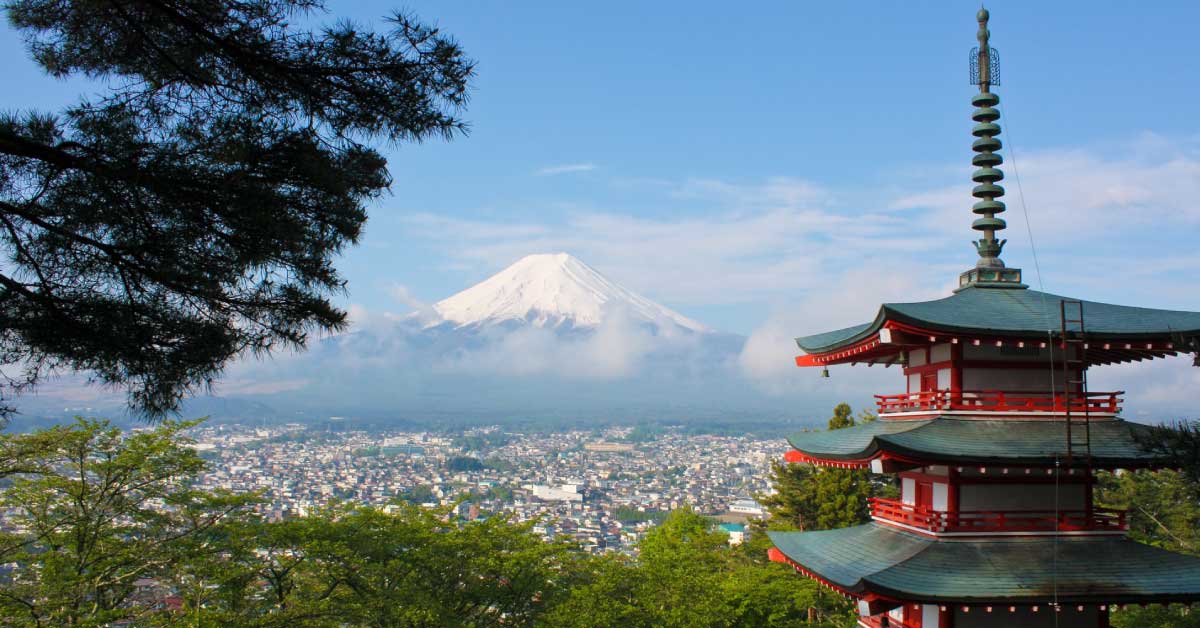 The Akita, a large-sized hunting dog, was used for bear hunting and dog fighting. These Japan Dog Breeds developed in the 1600’s was declared a national treasure for it’s loyalty after the true incident of Hachiko, from Japan. They are intelligent, stubborn and composed breeds who make great family and therapy dogs.

Akita is considered to be aggressive towards dogs outside the family but makes good companions who require moderate exercise, early socialization, proper training and are known to self groom themselves. It has medium-length dense coats of white, fawn or brindle shades, Spitz-like features and a powerful build. Akita lives 10-12 years and are prone to Progressive Retinal Atrophy, Hip-dysplasia, Bloat, Von Willebrand’s Disease and Autoimmune Thyroiditis.

Hokkaido or Ainu dog is a hunting dog breed native to Japan. These Japan Dog Breeds are medium-sized dogs known for it’s great stamina and are believed to have originated in the ancient times. They are devoted, brave and alert by nature and are popular search and rescue dogs. Hokkaido is cousins with Akita and tolerant to cold weather conditions only.

They are good companions who require early socialization and proper training, daily exercise and are easy to groom. Hokkaido has dense medium-length coats of black, white, brindle or red shades, occasional blue-black tongue, bushy tail, Spitz-like features and presents a sturdy frame. They have a lifespan of 12-15 years and are prone to Collie Eye Anomaly.

Japanese Chin or Japanese Spaniel is a companion dog having ancient origins. This lapdog, related to the Pekingese, was owned by the upper-class. These Japan Dog Breeds being popular among the royalty were often presented as gifts. Japanese Chin has an independent, intelligent and cat-like temperament. They are great family companions who love to play but are wary of strangers and make great watchdogs.

It requires early socialization, regular walks and good grooming. Japanese Chin has smooth white coats with patches of black, orange or brindle shades, featuring ear feathering, busy tail, Strabismus of the eye and are compactly built. These small-sized dogs live 12-14 years and are not prone to any serious health issues.

The Japanese Spitz is a companion dog breed. They were developed in 1948 and are cousins with the Pomeranian. These small-sized Japan Dog Breeds are excellent watchdogs and even competed as show dogs. Japanese Spitz is intelligent, smart and proud by nature and makes excellent pets. They need daily vigorous exercise and activities, have moderate grooming requirements and are adaptable to both apartment and country lifestyle.

These Spitz-type breeds are highly communicative and have a loud barking tendency. It has medium-length shaggy coats of white shade, erect ears, bushy tail, cat-like paws and features a sturdy frame. Japanese Spitz have a lifespan of 10-16 years and are prone to patellar luxation.

The Japanese Terrier is a hunting and companion dog. This Terrier was used for hunting vermin and often was referred to as a lapdog for it’s small-sized frame. These Japan Dog Breeds developed in the 17th century are intelligent, cheerful and vigilant breeds. A Japanese Terrier is a loyal companion who needs daily exercise and activities, lots of attention and is easy to groom.

These Terriers are well adapted to both apartment and large farm lifestyle and are quite rare breeds. The Japanese Terrier has short-haired white coats with black-tan heads and patches, Terrier-like ears and possesses a compact physique. They have a longevity of 10-12 years and are prone to patellar luxation, eye problems and ear problems.

The Kai Ken or ‘Tiger Dog’ is a hunting dog. This ancient breed originated from the Wild Mountain Dogs who are known for being ferocious hunters. These Japan Dog Breeds are not generally considered as companions dogs. Kai Ken is a brave, intelligent and agile breed and is recognised as a national monument.

These dogs need early socialisation and proper training to be good pets and daily exercise for quenching their energy. Easy to groom, Kai Ken makes excellent watchdogs too. It has medium-length dense coats of black or brindle shades, bushy tail, erect ears and features a well-muscled build. They have a lifespan of 14-16 years and are not prone to any major health risks.

The Kishu or Kishu Inu is a medium-sized hunting dog. Similar to the Hokkaido, Shikoku and Kai Ken, these Japan Dog Breeds developed in the ancient times were used for hunting boars and deers. They feature in the works of the popular manga artist Yoshihiro Takahashi as a skilled fighter. Kishu dogs are faithful, docile and alert and are good family dogs having strong prey-drive who require proper training and socialisation.

They need an active exercise regiment and fine grooming. It has medium-length dense coats of white, sesame or brindle shades, erect ears, shaggy curved tail and presents a stout frame. Kishu Inu lived 11-13 years ago and is prone to low thyroid and Entropion.

Ryukyu Inu or Tora Inu is a working dog native to Okinawa, Japan. These Japan Dog Breeds were used for tracking, baying Ryukyu wild Boar and also for hunting birds. It has a territorial, independent and intelligent temperament. They have unknown origins and are prized family companions for their trainable nature.

Ryukyu Inu requires early socialisation and proper training and are easy to groom. It needs daily exercise and activities for mental and physical stimulation. Ryukyu Inu has short-haired coats of liver or black brindle, white or red shades, crested bushy tail, pointed ears and features a robust build. They have a longevity of 10-12 years and are prone to hip-dysplasia, bloat and hypothyroidism.

Shiba Inu, a small to medium-sized hunting dog, is the smallest of the six Spitz breeds of Japan. These Japan Dog Breeds originated from basal breeds used for hunting and flushing rabbits, birds etc. Shiba Inu is a confident, keen and fearless breed. They make good companions under proper training and early socialisation but are aggressive towards other dogs and animals.

A post shared by Nala The Shiba Girl (@nala_theshibagirl)

Easy to groom, these dogs need an active lifestyle filled with exercise and activities. Shiba Inu has short-haired coats of white, sesame or black-tan shades, fox-like face, erect ears, curved bushy tail and presents a compact build. They have a lifespan of 13-16 years and are prone to hip-dysplasia, allergies, patellar luxation, glaucoma and entropion.

The Shikoku is a primitive hunting dog breed. They are rare and one of the national treasures of Japan. These medium-sized Japan Dog Breeds were used for hunting wild boars and deers in the remote mountainous regions of Kochi prefecture. Shikoku is loyal, intelligent and brave by nature. They are good pets who require extensive training and early socialisation as they tend to be aggressive towards other dogs and small animals.

This energetic dog loves outdoor exercise, activities and is easy to groom. Shikoku has short-haired coats of red to black sesame shades, erect ears, curled shaggy tail and are stockily built. It lives 10-12 years and is prone to epilepsy, patellar luxation, allergies, elbow and hip-dysplasia.

Tosa, a fighting dog breed is native to Japan. These rare Japan Dog Breeds developed in the 1900’s were bred primarily for dog fighting competitions. Tosa is intelligent, suspicious and fearless, prized for its strength and powerful build. They are considered aggressive and are restricted in many countries. Tosa is not a good choice as pets because it tends to be aggressive towards other dogs, strangers and even small children.

They need to be extensively trained and socialised from an early age to be good pets. Easy to groom, it has short-haired coats of red, brindle or fawn shades with black mask and a slim tail. It has a lifespan of 10-12 years and is prone to hip-dysplasia and bloat.