Dogs make life better, and so their movies! It is always fun to watch movies, and if you are a lover of dogs, Hotstar presents you with some interesting films in this segment. The dog movies on Hotstar are lovely to watch, and the package offers an exciting mix of comedy, emotional films by some of the best directors. We have compiled a list of these movies streaming live on Hotstar, and you are sure to love them.

Jon Katz is a writer close to burning out and is suffering from a middle-life crisis involving separation from his wife. He decides to bring in a dog, which is crazier than him.

The storyline revolves around young Atari undertaking a journey to Trash Island searching for his bodyguard-dog Spots. His journey could well be the deciding factor for the Megasaki Prefecture.

Brothers Bingo and Rolly are fun-loving pug puppies and are constantly searching for thrills in life. They undertake an adventure in the neighborhood and even across the globe.

🐶 Far From Home: The Adventures Of Yellow Dog

Angus McCormick is in a spot of bother because he has been washed away in the wilderness of the Pacific Northwest after a storm. He has only his wiles and a dog friend to survive.

Greg, a young kid, has been warned by his dad to stay out of trouble or he’ll be sent to the military school. The kid, however, discovers new ways to land up in the doghouse.

Pluto is now on duty, and his job is to deliver a stack of mail to a remote arctic outpost. He is accompanied and helped by a playful polar rabbit.

The lead character, played by Tom Hanks detective Turner lives an everyday life until he bumps into Hooch. It is an unruly dog and his companion in the search for a killer.

🐶 The Call Of The Wild

Buck is a sledge dog in the wilds of Yukon, and he experiences adventures of a lifetime. It is during the adventures that he finds his real place in this world.

The buddies stumbled upon magical rings, and that gives them unique superpowers. It is with this power they now can stop an extra-terrestrial warlord.

🐶 How Dogs Got Their Shapes

It is a documentary, which focuses on various canine shapes, and it goes into the details of how the shape plays a critical role in the evolution, the historical behaviour of different dog breeds.

Disney legend Bill Farmer hears the iconic voice Goofy & Pluto, and he steps out from behind the microphone to meet his popular character dogs.

🐶 Lady and the Tramp

It is a remake of the 1955 classic Lady a pampered Cocker Spaniel and Tramp. This particular story is about a lovable stray, which comes to understand home’s value despite differences.

This one is in the documentary format, and it focuses on amazing dogs alongside their dedicated owners. The documentary also tells stories of the transformation of rejected puppies to thriving stars.

The buddies have plenty of new friends Pip, Zelda, Rodney, and Skip. They are in a race against the no-good hound, and they also need to save the world from the dastardly deeds of Warwick the Warlock.

Scamp, the central character, is the son of Lady and the Tramp. The story is about his search for adventure and real dog life. In the quest to achieve it, he runs away to join a gang of junkyard dogs.

🐶 Because of Winn Dixie

The story is set in a small Florida town, and it is about a lonely young adopting an orphaned dog. She names him Winn Dixie, and the report speaks about their bond and how it brings everyone together.

The lead character is a star of a hit TV show, and he is accidentally shipped from his Hollywood sound stage right into NYC. He undertakes cross-country travel through the real world. It is his biggest adventure.

This is one of the best dog movies on Hotstar and is set in the winter of 1925. The central characters are a champion dogsled trainer and his lead sledge dog Togo. They have to embark on treacherous terrain across the Alaskan Tundra to transport an antitoxin serum to a small town.

🐶 Pick of the Litter

It is about an adorable group of six dogs and their ups and downs in life. They have a purpose in life, and it is to become guide dogs for the blind.

🐶 One Hundred and One Dalmatians

The story is about the abduction of litter Dalmatians by Cruella De Vil, and she intends to use them for a diabolical fashion statement. It is before she can do that; the parents must locate the kidnapped puppies.

There is an unlikely connection developing between a kitten and a pit bull. It results in a unique friendship.

The central character is Matt, and he explores various innovative approaches to modify canine behavior. The techniques he applies range from detachment issues to fear-based aggression.

We have given you an exclusive insight into some of the best dog movies on Hotstar. If you love these four-legged friends, one can always watch these classics directed by some of the most talented Hollywood directors.

Best Dog Movies on Amazon Prime that you should watch! 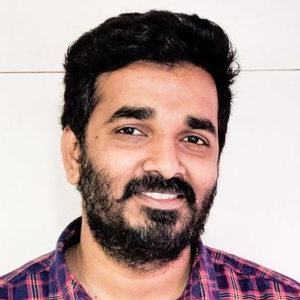 He hails from the village Kombai in Tamil Nadu. He is currently a resident of Chennai, but very passionate about his native roots. For the same reason and his love for canines, his blog is focused on bringing more attention to the rare breed of Kombai dogs from his hometown. It is quite fitting, since he grew up around these beautiful dogs and now wants to share their speciality with the rest of the world.
All Posts